One of the best things about social media, is when a gem is placed in your sight. Kris Keys is one such gem!

It was an absolute pleasure having her be one of the great guests in this Locaux30IN30 series highlighting women entrepreneurs.

In this episode, you are introduced to Hematology, the first collection in her women’s wear line, This collection is for the woman with a great appreciation for a capsule wardrobe of interchangeable pieces that will take you from a flight to a meeting upon landing. 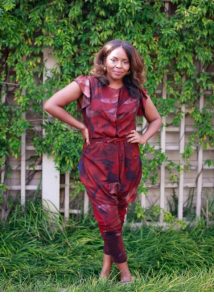 Kris Keys is a womenswear fashion designer and illustrator specializing in print. She is known for her vibrant watercolor fashion illustrations, which led her to work with fashion and beauty brands throughout the U.K. and U.S. Trained at the prestigious London College of Fashion, Kris then launched a line of travel wear printed garments and textiles. Kris credits her style of painting to the cities she has called home over the past several years: Memphis, Tennessee, New York City, and London, England.  She has been commissioned to work with brands such as The Peninsula Hotel Tokyo, NARS Cosmetics UK, Highline Park New York, Spectrum Cosmetics, Harlems Fashion Row, Zoe and Morgan Jewelry,  Cosmetic and Perfumery Retailers Association, WGSN and lectured at Memphis College of Art to name a few.

Connect with By Kris Keys