For far too long, there has been a stigma associated with the need to seek treatment from a mental health therapist. This is especially true for communities of color.

However, the shame bestowed upon someone seeking help to get or remain healthy, mentally is shifting. There are communities that have yet to reap the full benefit of accessibility, lending to a positive experience. There too are people fighting the good fight to make a difference.

In this episode, Sabeen talks about the work she’s doing to help bridge the gap for misunderstood or underserved. 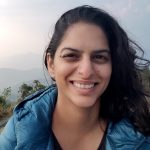 Sabeen Shaiq, LCSW
A relational psychotherapist, somatic practioner, trainer and nomadic traveler from the US.  She has worked for various organizations including Doctor’s Without Borders, Sunny Hills Services, and First Place for Youth before starting her own remote therapy private practice. She incorporates an understanding of oppression and intergenerational trauma into the way she works and is passionate about issues surrounding spirituality, religiosity, and immigration. She is currently living and traveling in South East Asia.

Connect with Sabeen at