We’re honored to have Rayna Brown as a very special guest, to discuss some money rules that are great when teaching children.

Rayna Brown, Financially Savvy Kids, Author of What Are The Money Rules?

Rayna Brown has learned the principles of money management early. It’s no surprise, given her mom is The Savvy Accountant Atiya Brown.

She is such a wonderful little girl, with a generous spirit. She is an awesome big sister and really takes her role as such seriously. She is always teaching what she knows to her baby brother. She is extremely caring and she is always empathic to everyone around her. Rayna has a big heart that she wears on her sleeve and is always willing to give whatever she has to those in need.

What Are The Money Rules? 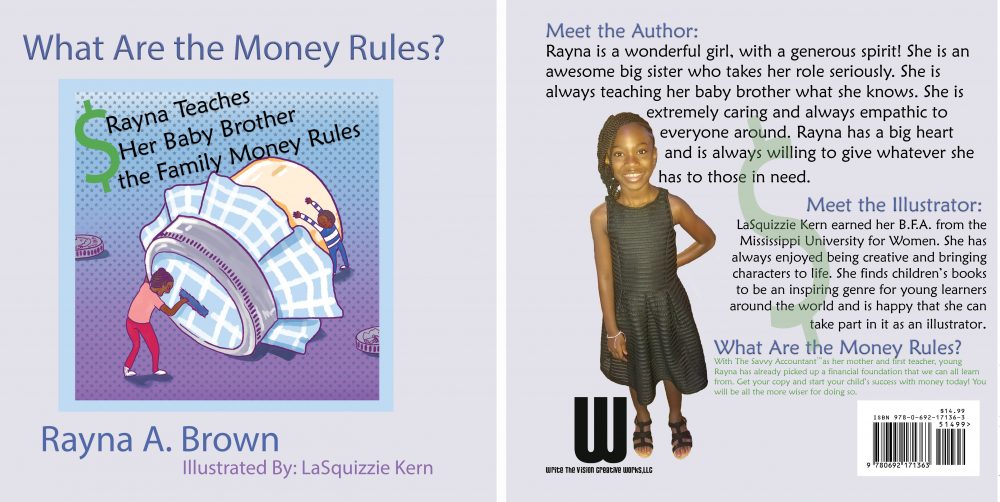 Connect with Financially Savvy Kids on