As with all the women in this Locaux30In30 series, it was a great pleasure to hear from Christina Moss, of Moss Financials.

In this episode, she stresses the importance of entrepreneurs having an accountant.

Eight months into an assignment I realized that I would have to find another job due to University union policies.  A coworker of mine, a CPA by the name of Pat offered me a job in one of her other offices that she assisted.  She wanted me to take the position of an accounting assistant.

I had no idea at the time what accounting was or why should offer me this position.  Accounting?  Why?  After helping her with some account reconciliations (of course at the time I didn’t know they were reconciliations) she decided that I had ‘the gift’.  I was all up for the task.  A year into working as an accountant assistant being trained by Pat and the other staff, I decided that this was the path I would take and I dove headfirst into the local community college to start my accounting studies.

After working for a small CPA office as an intern handling the company’s small business clients, I realized that I wanted to use my accounting ‘gift’ to help other small businesses succeed.  I remember sitting with frustrated business owners who did not understand accounting, who needed their books cleaned up for an audit, or those with no accounting standards in place and now in need of everything accounting due to a major acquisition on the horizon.

This is where I was meant to be.  Teaching business owners the why and how of accounting.  Taking the mind-numbing tasks of account reconciliations, paying companies bills, payroll and invoicing so that business owners can do what they do best. 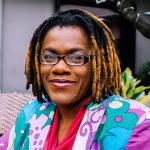 Moss has the goal of helping creatives thrive in business.

Connect with Moss Financial at

If you have intimate knowledge of a city,becomes a contributor!