I’m frightened all the time. But I never let it stop me. Never! – Georgia O’Keefe

Though possessing a post-graduate degree in Economics, Jahannah Sistrunk found herself positively discontent with having lived the last ten years of her life in mediocrity. Being under-employed as a real estate appraiser was wearing, and compounded the need to pivot.

A native of Cincinnati, Ohio, Jahannah grew up in a healthy family of modest means.

Despite this fact, the Sistrunk parents were ‘typical’ (with respective to most Americans living through hard times), they modeled a strong-held philosophy to delve beyond one’s boundaries.

Fueled by life’s gift of conscious parents; their desire for the children see, do and know more was forged, through travel.

They traversed the States, and planted the sense of wonder in this young Sistrunk.

As life goes for so many, there were times when tricky adulthood left Jahannah questioning where life was headed.  She aspired to do more than simply exist.

Holding on to the words of O’keefe, and armed with the foundation instilled during her formative years, Jahannah resolved to shift life as she knew it. She searched deep to unearth her heart desires. 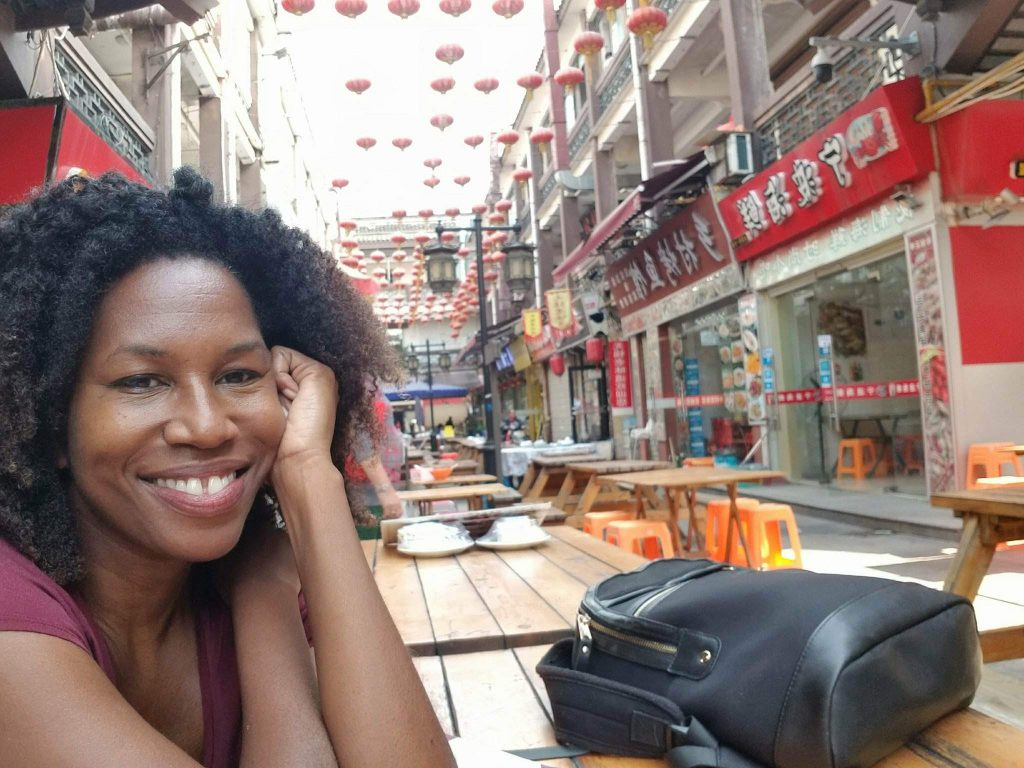 You may be afraid, but you must have nerve to go for it! – Jahannah

After mapping a way to steer from living unsettled, she did it. She took a leap to live with the audacity

Listen, as she recounts how she drew strength from those early lessons to blazing her current path!

Living a life of JahMoxie!

She had nerve, and resigned from her position and up sticks to Wuxi, China.

Drawn in by Jahannah’s smile and poise, we’re honored to share her story, as it’s the quintessential story of the Locaux Collectifs. 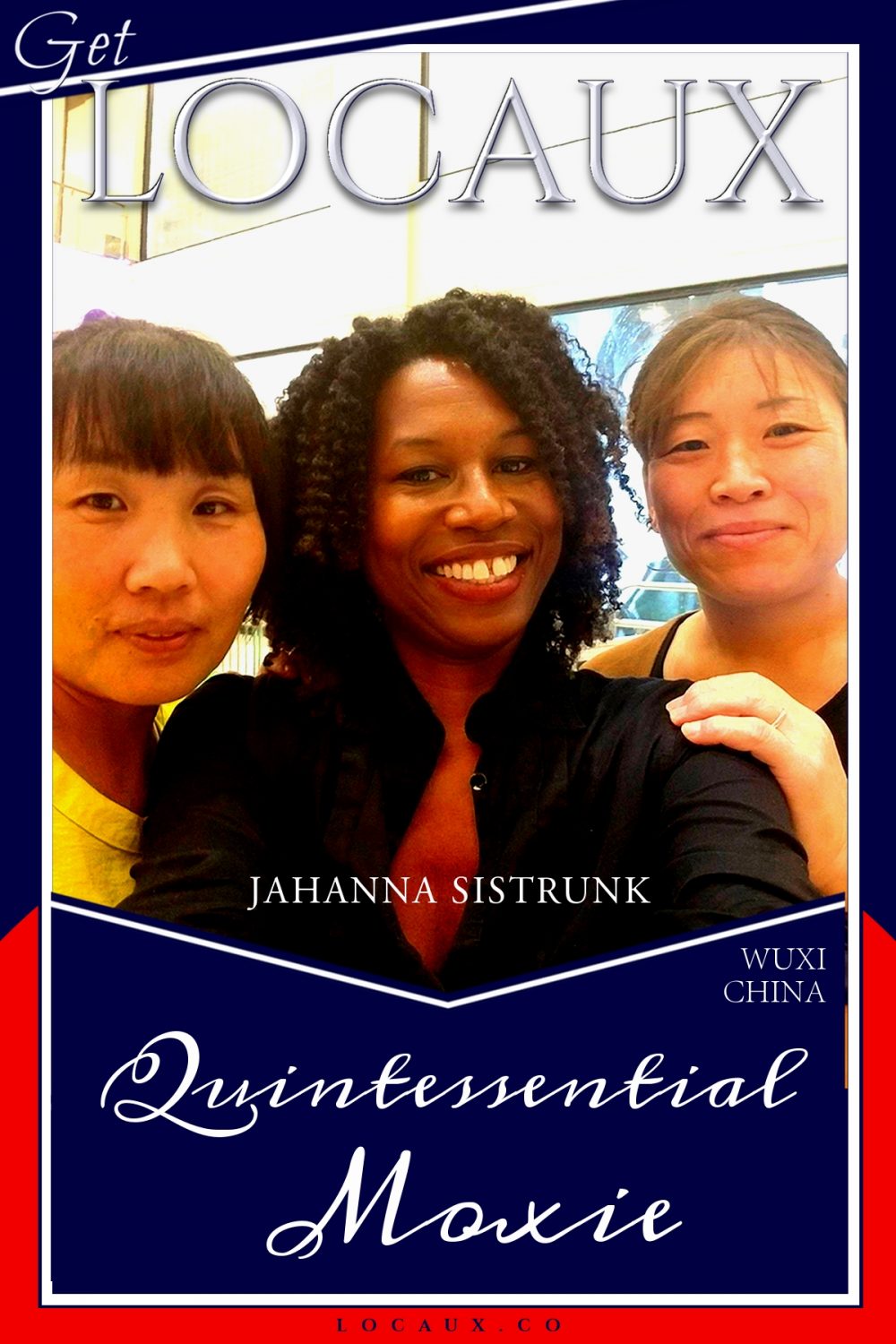 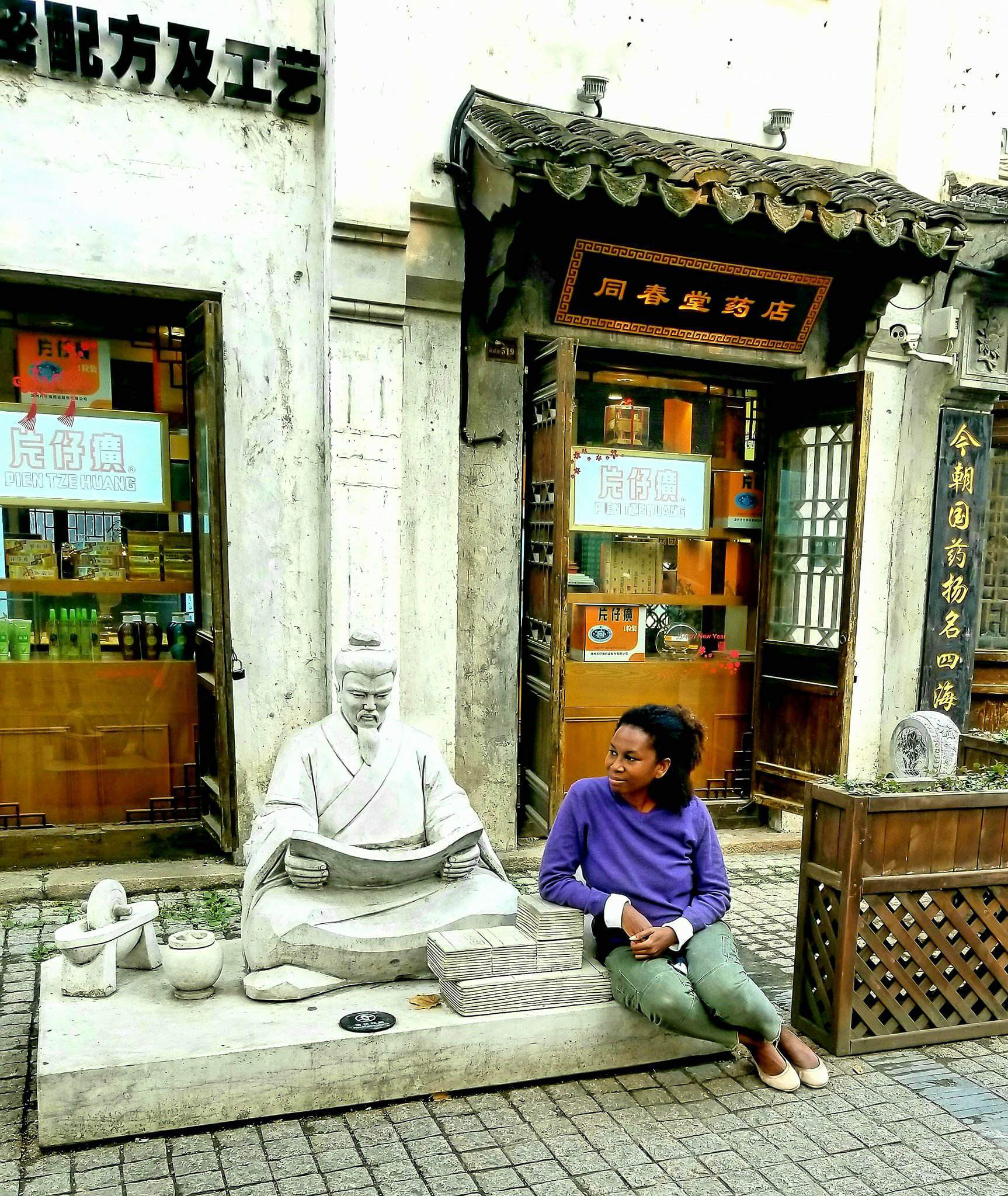 Inspired by Jahanna, and in paying homage to another great woman, here are more quotes from artist Georgia O’Keefe. 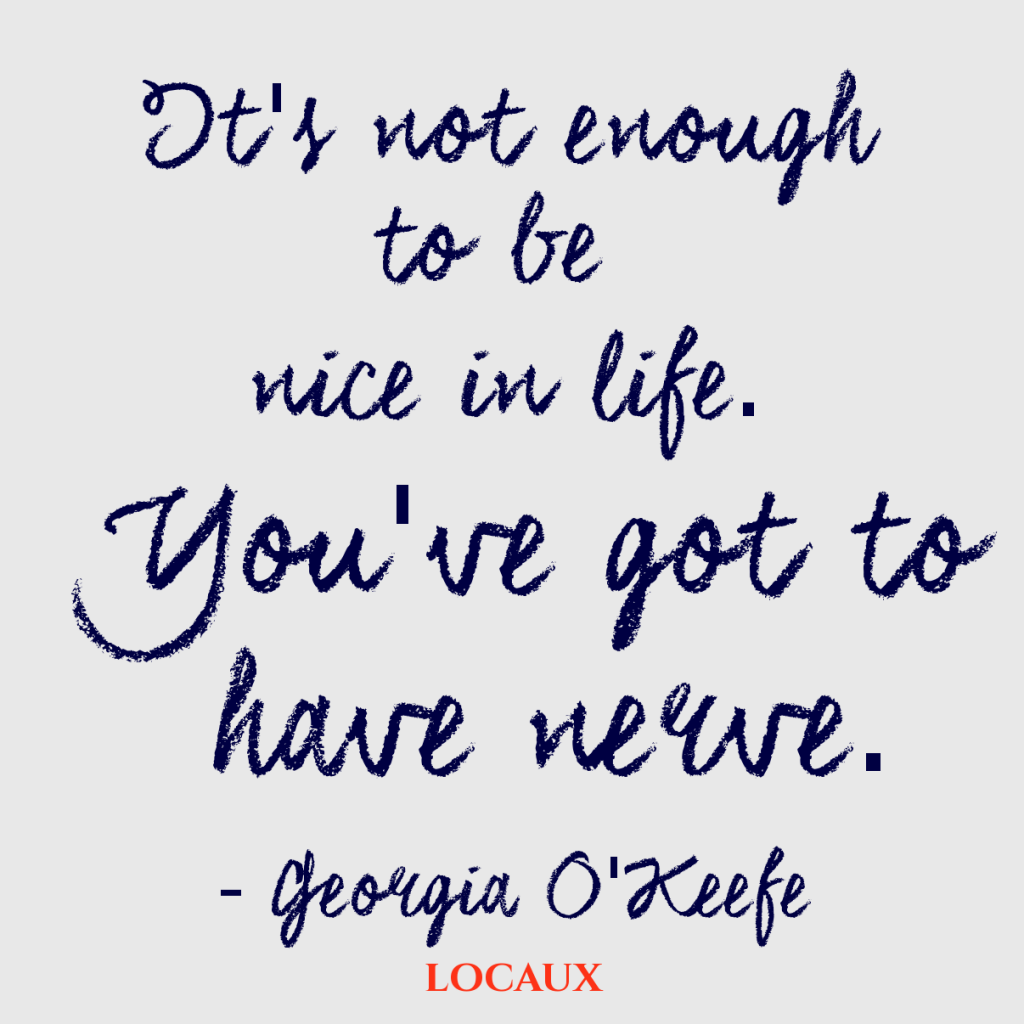 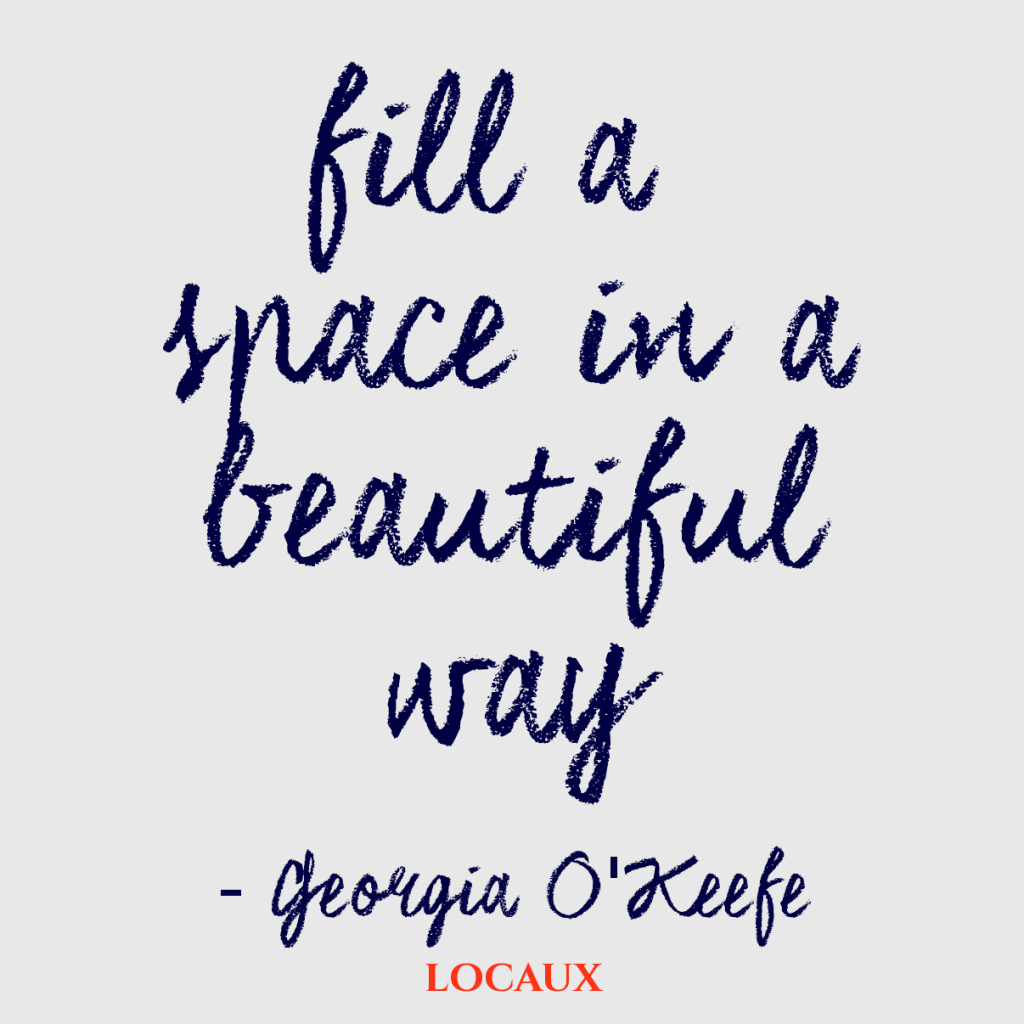 Hey you. Yeees you!

Dare To Live Your Best Life! It’s no cliché. 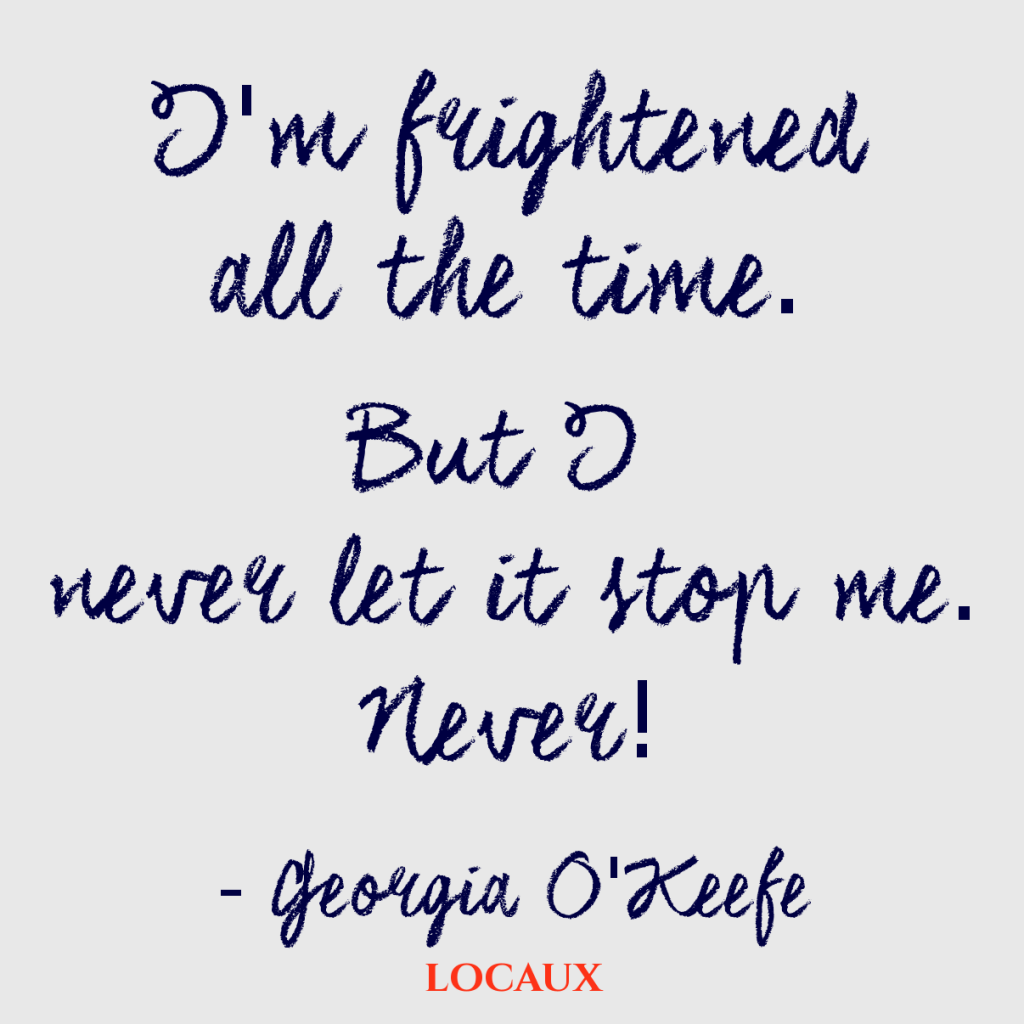